Experiential Therapy – to turn you life into a success story! 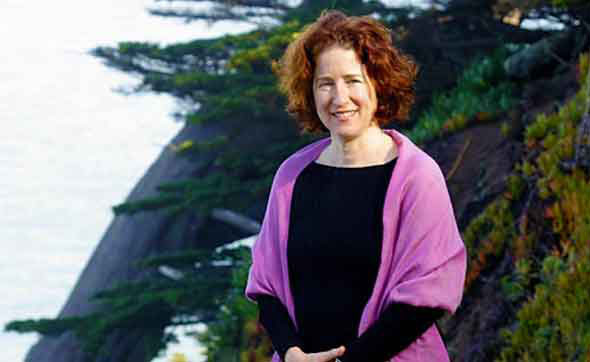 Ilene Wolf, MFT, RDT/BCT is the director of the The Drama Therapy Institute and has been a licensed marriage and family therapist in private practice for over twenty years. Ilene is the owner of Affinity Counseling Center in San Rafael, Mill Valley and San Francisco.

Education:
She is a graduate from UC Berkeley and trained at UCSF Medical School. Ilene holds a second graduate degree in Drama Therapy. She trained at the Mental Research Institute in Palo Alto in brief solution-focused therapy and at Stanford University in Cognitive Therapy. She is a past vice president SFCAMFT (1996-1998).

Ilene is the winner of the California Marriage and Family Therapy Education Foundation Award (2012).

About Ilene – Excerpted from the UC Berkeley English Department:

When Ilene Wolf first stepped onto the Berkeley campus as an undergraduate over twenty years ago, she was a little overwhelmed.From upstate New York, Ilene was beginning the long and sometimes difficult project that many college students face: breaking away from one’s family and creating one’s own identity as an independent adult. She jumped into courses at Berkeley from a number of departments; so many things interested her, but she wasn’t sure how she was going to use what she was learning.  She eventually ended up in the English Department, a decision which – perhaps unexpectedly – has had major influences on the trajectory of her career.

As Director of the Drama Therapy Institute and a certified marriage and family therapist, Ilene currently practices in San Francisco, Mill Valley and San Rafael. Her specialization in drama therapy is in what one might call a particularly “literary” form of counseling.This technique involves intense role-play sessions in which patients are able to try out different ways of relating to the circumstances and people in their lives.  As the therapist, Ilene works as a kind of “director” of this unscripted interaction that allows the people involved to access parts of themselves which they aren’t always willing to acknowledge. By “performing” these parts and acting them out, they have the chance to move beyond what Ilene calls “an encrusted self-image” that often hobbles people from creating the life they want to live and doing what they want to do.

Although Ilene studied the Drama Therapy technique at Antioch College and Strategic Therapy, involving both brief solution-focused practice and narrative therapy, at the Mental Research Institute in Palo Alto, she began developing the skills she brings to her current work in the classrooms and corridors of Wheeler Hall.

As an English major, she learned how to read a character and was schooled in the workings of narrative. These are lessons she still uses today as she asks her patients to construct a story about themselves and create a meaningful and significant persona to try on. Her study of literature allowed her access to words that, she says, “cut to the quick” and groomed her to be a speaker in any context.

She particularly remembers the way in which Professor John Bishop invested himself in her writing, how his sensitive comments showed the awareness he had of her vulnerability and the care with which he approached her. As a fellow native of upstate New York, Professor Bishop was charmed when she brought him back some apple cider from a trip home and, she recalls, immediately drank some out of an old, dusty mug he had sitting on his bookshelf as a gesture of his good will and openness. This kind of teaching became a model of Ilene as she moved into the world of counseling and therapy. She wants to teach her patients to learn to trust their own voice and question the stories they tell rather than themselves.Her work now, like Professor Bishop’s then, is to facilitate others’ creativity, something she achieves both in her counselor-patient interactions and in the workshops she runs to train therapists in integrating drama therapy into their practice.

People often question what one does with a literature degree, and she herself often worried about how she was going to make it relevant to her day-to-day life.  In her combination of literature and psychology, Ilene Wolf has taken her literary education out of the classroom and into the world.Unplanned though it was, in hindsight, it seems, majoring in English at Berkeley was the most “useful” thing she could have done.